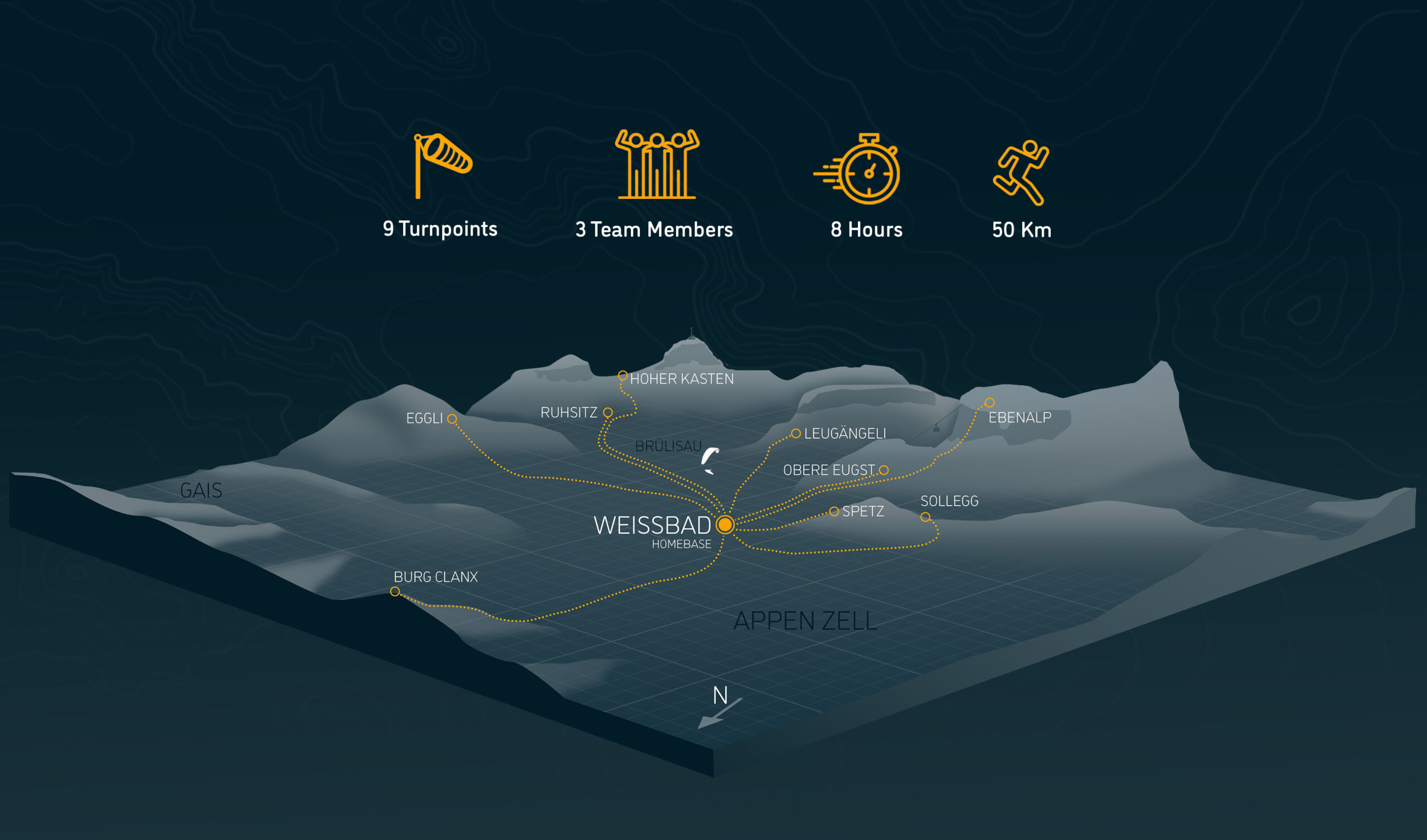 The Race Rules have been modified for annual reuse, i.e. the year numbers (e.g. Alpstein Crossing 2020) have been removed. The turnpoint “Obere Eugst” was also provisionally removed from the rules. In a few weeks, the new turnpoint will be announced. The race committee had to make one more change in the amount of the starting fee. New is the starting fee per member CHF 80.00, resp. for the whole team CHF 240.00. The increase in costs is necessary on the re-calculation costs related to the first execution of the race. As a small apology for the increase of the starting fee, all athletes will be offered a Spaghetti-Plausch or similar after the race. Thank you for noting.