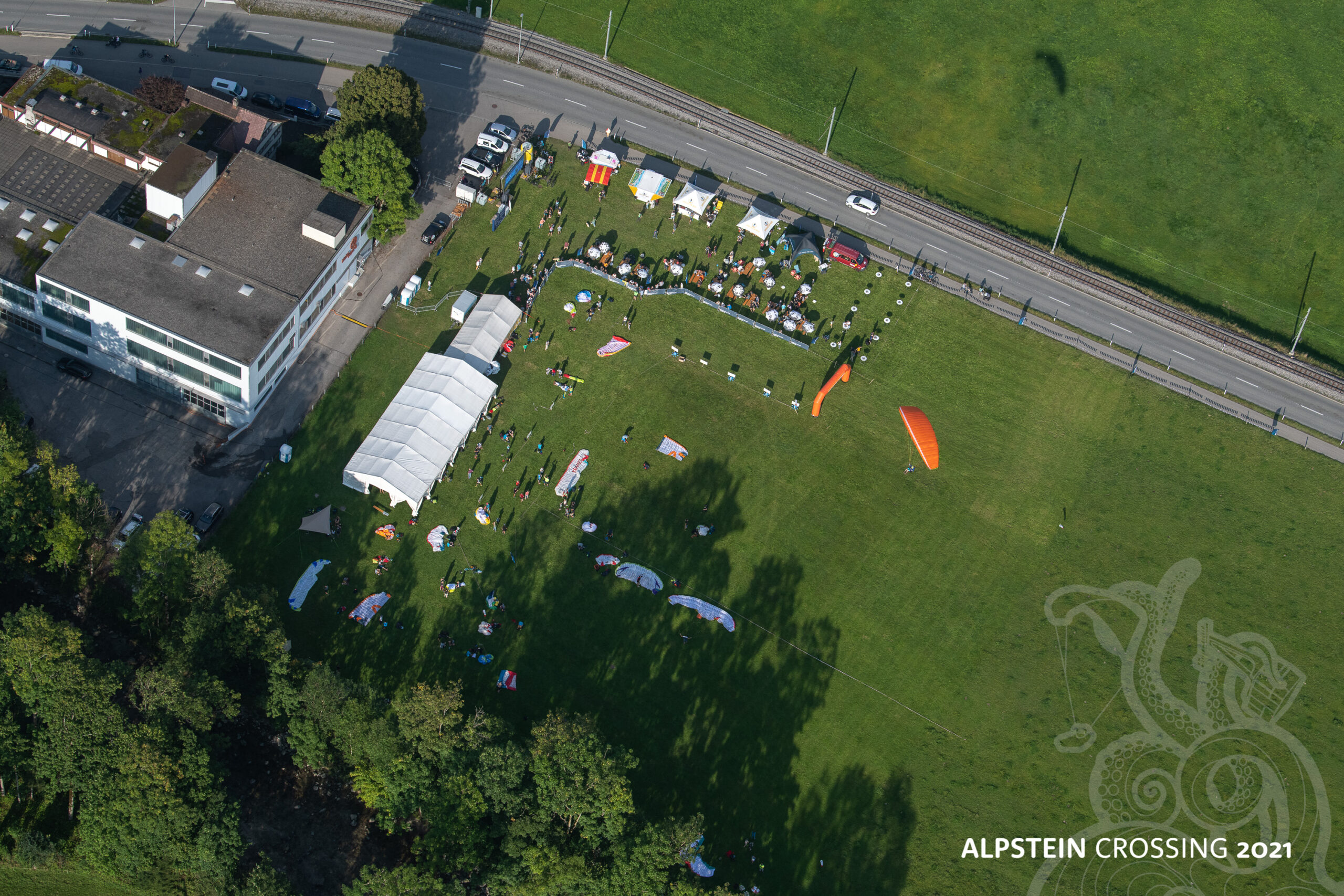 Some of you have probably already seen it. The factory of the world-famous Bärli Biberli is rebuilding and enlarging the production building. This also has an impact on the ALPSTEIN CROSSING race. The logistics of ALPSTEIN CROSSING was handled in the last two years by the parking and space facilities of the Biberli factory. Unfortunately, this is no longer possible due to the construction site.

Due to this, the OC has decided to mirror the area by 180°. Now the festival area is located on the other side at the farm of Roman and Esther Sutter. The approach routes and landing flutes will remain the same in principle, but the space will no longer be quite as large. But don’t worry, there is still enough space for a somersault during landing 😉

Be excited about the new layout of our homebase.